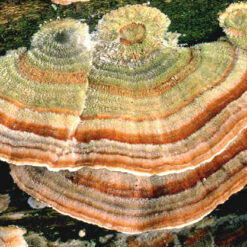 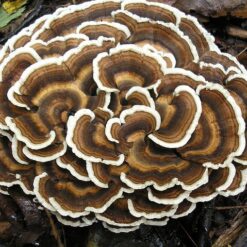 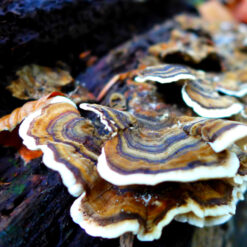 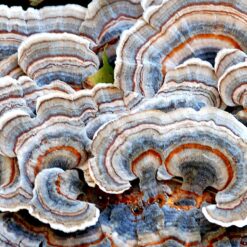 One of our favourite fungi is turkey tail (Trametes versicolor).  Not only do I find it visually appealing, but also enjoy the health benefits it provides.

Turkey tail gets its name because its colors and patterns resemble the tail feathers of the wild turkey, however, the colors of turkey tail can vary, hence the name versicolor.  Turkey tail is a common polypore bracket fungi that is easy to recognize, and is found the world over.  In Asia, turkey tail is a highly regarded medicinal herb, and has been used in medicine for centuries.  In China, it is called Yun Zhi, and in Japan, Kawaratake—“cloud mushroom,” and goes by the scientific name (Coriolus versicolor). 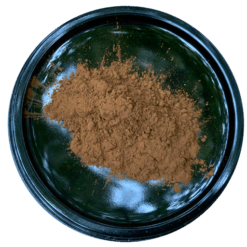 Chaga (Inonotus obliquus) (powdered) 100 gr The king of the medicinal mushrooms, however, is Chaga (Inonotus obliquus). This royal moniker comes down to us from traditional Siberian shamans, who crowned chaga the most powerful member of the mycelium kingdom. Chaga constitutes perhaps the greatest storehouse of healing properties of any single mushroom—or any herb, for that matter.   https://youtu.be/1gZ-iLRIH9k 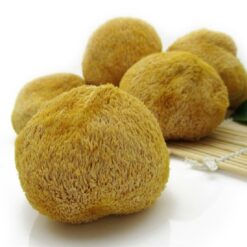 Lions mane mushroom (Hericium erinaceus) is a medicinal mushroom and powerful superfood adaptogen for the brain, nerves and immune system. The mushroom looks quite different than other mushroom varieties. Instead of caps and stems they grow in globular masses and have long flowing spines. It gets its name from the white cascading tendrils that resemble [...]